Episode 9 of the Air Medical Today Podcast has been published.  In this episode I interview Mr. Howard Ragsdale, President, and Mr. Christopher Eastlee, Managing Director, of the Air Medical Operators Association.  There is also News & Information and an update on the Southwest Med Evac crash on February 5, 2010.
Howard Ragsdale is the Vice President of Business Development at Air Methods Corporation located in Englewood, Colorado.  Besides serving as the current President of the Air Medical Operators Association, he serves on the Board of Managers of The Center for Medical Transport Research and is the industry representative to the Board of Directors for the Commission on Accreditation of Medical Transport Systems. 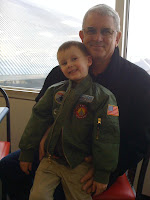 After attending Southeastern Christian College and Eastern Kentucky University, Howard joined the US Army in 1970 and remained on active duty until 1978. He is a commercial rated instrument pilot in both fixed and rotor-wing aircraft and has served in various positions in the air medical industry to include line pilot, Director of Operations and Business Development.

Howard is known for his innovative leadership in both traditional and community based services and unwavering commitment to quality.  He lives with his wife Terri, who is the EMS Manager for American Eurocopter, and is currently in transition from Phoenix, AZ to their new home in Parker, Colorado. Howard and Terri have a combined family of 4 grown children with 5 grandchildren.

Christopher Eastlee is the Managing Director for the Air Medical Operators Association.  His role is to help formulate policy on behalf of the members and provide association representation to various government agencies, the United States Congress, and other trade associations and policy groups.  Previous to his current position, Chris served as the Government Relations Manager with the Association of Air Medical Services where he was the liaison to the Government Relations and Safety Committees.  Through this service he became familiar with numerous issues, and spent much of his time on matters of aviation regulation and safety. 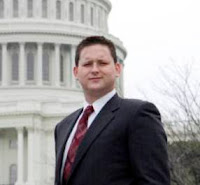 Chris began his Government Relations work at the Gencarelli Group, the government relations firm representing, among others, the Association of Air Medical Services. He was involved with numerous subject areas, including healthcare, insurance, homeland security, and national defense. During this time, Chris also gained extensive experience working with both the House of Representatives and the Senate.
Chris is a graduate of the International Studies School at DePaul University in Chicago, Illinois where he studied social and political issues from both a domestic and international perspective.  He lives with his wife, Tara, in Alexandria, Virginia where they enjoy hiking, reading, music, and cooking together.