Episode 10 of the Air Medical Today Podcast has been published.  In this episode I interview Dr. Daniel Hankins, Medical Director of Mayo Clinic Medical Transport and current President of the Association of Air Medical Services and Dawn Mancuso, the Executive Director & CEO of AAMS.  In the First Response section of the podcast I check in with David Kearns regarding the discontinuation of the Alaris MedSystem III Multi-Channel Infusion Pump by CareFusion and some grass-roots work that he is doing in response.

Dr. Hankins has been serving as the Medical Director of the Mayo Clinic Medical Transport since 1991 and as the President of AAMS since October 2009.  He also has been serving as an Emergency Physician Consultant with the Department of Emergency Medicine at the Mayo Clinic since 1991.  Dan is boarded in both Internal Medicine and Emergency Medicine and did his training at the University of Minnesota.  He attended medical school at the University of Pittsburgh and did his undergraduate work at George Washington University in Washington, DC in Anthropology. 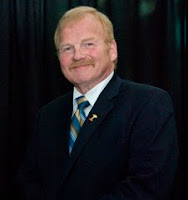 Dan is a native of Pittsburgh, Pennsylvania and lives in Oronoco, Minnesota with his wife, Joan who is a flight nurse.  They have 6 children and step-children and 6 grandchildren.  Joan and he also have their own rural cat rescue shelter with 13 cats on their 6 acre property.

Dawn Mancuso is the Executive Director and CEO of the Association of Air Medical Services, where she has been responsible for overseeing the association’s move to the Washington, DC area and transitioning the association’s structure and services to meet the industry’s changing needs.  She also serves as executive director and chief executive officer for the MedEvac Foundation International.

Dawn is a past winner of GWSAE’s Monument Award, ASAE’s Diamond Award of Excellence, and the Associations Advance America Summit Award.  She is a frequent presenter at association management conferences, and has been published in magazines such as Association, Executive Update, and other non-profit management publications. She is the author of one of the chapters of Professional Practices in Association Management, a textbook for those in the association management profession. In March of 2001, she was named a Fellow of the American Society of Association Executives.

In her spare time, she has volunteered as an usher for the Washington Shakespeare Theatre, and has served on the board of several community non-profits, including PAL, an organization that promotes the human-animal bond through sponsoring pet therapy visits to nursing homes, veterans homes and hospitals, the Association Foundation Group (AFG), and MetroPets, an organization created to promote the adoption of homeless animals and the well-being of companion animals in the Washington, D.C. Metropolitan area.

In the First Response section of the podcast I check in with David Kearns who is the Clinical Coordinator for Flight For Life Colorado, the Region II Director for the Association of Air Medical Services, and the Coordinator of the CONCERN Network.  I discuss with David the recent announcement regarding the discontinuation of the Alaris MedSystem III Multi-Channel Infusion Pump by CareFusion and some grass-roots work that he is doing in response. 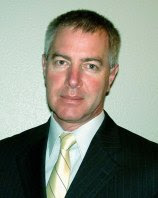