Episode 34 - An Interview of Michael Christianson, the Senior Executive Director of Sanford Air Transportation headquartered in Sioux Falls, South Dakota. I talk to Mike about the history of Sanford AirMed including previous programs, how their program is organized for both their clinical and aviation services, aircraft and bases, the corporate aviation division, COVID-19, and the Maverick Air Center FBO.

Mike has been the directing the program since 2008. He started as a Fixed Wing Pilot, Chief Flight Instructor, and Check Airman. Previous to Sanford, Mike was a pilot with Great Lakes Aviation / United Express. He is a graduate of the University of South Dakota in psychology and sociology for his undergraduate degree and in administrative studies for his masters.

E-Mail Address and Telephone Number to Become a Sponsor or Leave Feedback:webmaster@airmedtoday.com / 612-367-6052

Episode 33 - An Interview of Andrea Robertson, the CEO of STARS in Canada. I talk to Andrea about the history of STARS, their program services, air medical services in Canada, and COVID-19.

Andrea has been the President & CEO of STARS since March 2012. She served as the Chief Operating Officer from June 2011. Before joining STARS Andrea held the position of Senior Vice President and Chief Nursing Officer of Alberta Health Services. She is a board member of the Calgary Airport Authority and the CP Railway. In 2014 Andrea was awarded and recognized as one of the Top Most Powerful Women in Canada by the Women’s Executive Network. She has degrees from the University of Calgary and Central Michigan University. Andrea also holds an Executive Fellowship from Wharton.

Episode 32 - An Interview of Maura Hughes, the CEO of Boston MedFlight. In the podcast we talk about the history of Boston MedFlight as a 501(c)3 not-for-profit consortium air medical program, the development of the FAA Part 135 Certificate, the type of aircraft they fly, their critical care ground ambulances, their team configuration, the impact of COVID-19, their philanthropy program, and their memberships in ACCT, AAMS and AMOA.

Boston MedFlight is in their 35th year of operation and they recently passed the 80,000 patient transport milestone. Maura has been the CEO since 2016 and served as the CFO before that from 1998.

Episode 31 -An Interview of Mr. Brian Shaw, the President of the National EMS Memorial Bike Ride. Brian talks about the history of the ride and the special plans for the 20th Anniversary rides in 2020, due to the COVID-19 Pandemic. Brian's full-time work is with the Emergency Medical Service Institute as the Deputy Director and they oversea EMS Operations for the Pennsylvania Department of Health in 16 counties. This includes 300 licensed EMS Agencies. He served as a part-time flight paramedic with STAT Medevac from 1995 to 2008 and is a graduate of Youngstown State University in Allied Health and Criminal Justice. Mr. Shaw's office is in Pittsburgh, Pennsylvania.

Episode 30 - An interview of Mr. Jonathan Bundt regarding Post Traumatic Stress with COVID-19 and George Floyd's death at the hands of the Minneapolis Police. Jonathan is an Organizational Consultant and Trainer with his own company called Masa Consulting since 1993. He has degrees in Child Psychology and Jewish Studies, Counseling and Psychotherapy, and course work in Human Resource Development and Counseling Psychology. Mr. Bundt has been an Employee Assistance Program Counselor; Stress Team Member with the American Red Cross; Psychology Consultant at the Alfred Adler Graduate School; a Behavior Scientist Consultant with the Minneapolis Police Department SWAT Team; and a private practice Psychotherapist.

Mr. Bundt will be speaking at the Air Medical Transport Conference in November 2020. His topic will be "Building organizational strength from within: Operationalizing comprehensive support systems and utilizing mental health professionals".

COVID-19 and what a number of air medical programs are doing during this very challenging pandemic. The purpose of the podcast is forprograms to learn from each other.  Fifteen programs were reached out toand interviews with five of them were completed on Monday, March 23, 2020. Thiswas due to many individuals being in the thick of the epidemic and not being able to take the time when they needed to be focused at their programs. An infectious disease specialist was also interviewed to provide some background on COVID-19. 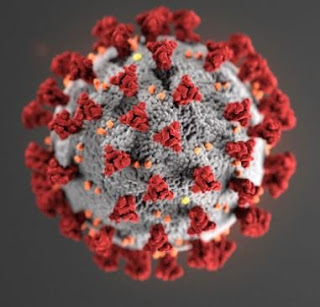 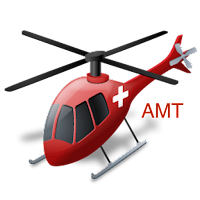 Episode 28 - An interview of Dr. Dan Hankins, who before retiring 3 years ago, was the Medical Director for Gold Cross Ambulance and Mayo One Air Ambulance now all called Mayo Ambulance. He also just completed a three-year appointment as the Public Representative on the board of the Association of Air Medical Services. Dr. Hankins also served as the AAMS President, now called Chair, from 2009-2011. 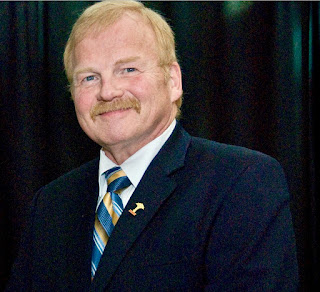 An interview of Dr. Dan Hankins, who before retiring 3 years ago, was the Medical Director for Gold Cross Ambulance and Mayo One Air Ambulance now all called Mayo Ambulance. He also just completed a three-year appointment as the Public Representative on the board of the Association of Air Medical Services. Dr. Hankins also served as the AAMS President, now called Chair, from 2009-2011. 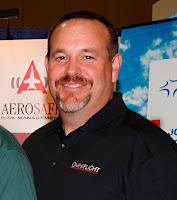 Episode 10 of the Birkie Web Today Podcast has published.  In this episode I interview Dave Mathews, who is a long-time bicyclist and found Nordic skiing as a great winter activity while living in Omaha, Nebraska in 1982. He is an active member of the Kansas City Nordic Ski Club.

Dave, who lives in Prairie Village, Kansas which is a suburb of Kansas City, has been bicycling for 35 + years.  He has been a long-time member of the Kansas City Bicycle Club, serving as a past club president and chairman of racing.  Dave races in several road and cyclecross and sometimes mountain biking events each year.


He is a Civil Engineer with the US Army Corps of Engineers and graduated from Iowa State University and the University of California Berkeley with both degrees in civil Engineering.  Dave began Nordic skiing while living in Omaha, Nebraska and has completed eight Birkie and two Kortelopet races as well as three City of Lakes Loppett races as a classic skier.  He is an active member of the Kansas City Nordic Ski Club.


In the podcast Dave shares his secrets to staying in shape for skiing the Birkie when there is not much on-snow time.  Something many Birkie skiers face.

Dr. Abernethy is one of the few physicians in the country who works on a regular basis as a flight physician.  His passion is taking care of critically ill patients in diverse and even sometimes hostile environments.  This interest in EMS started in his early teen years with the TV program “Emergency” and  is still strong over 40 years later.

He has worked as a flight physician with the University of Wisconsin Med Flight program since 1992 and has been the chief flight physician for the last two years.  Dr. Abernathy is on faculty of the University of Wisconsin Emergency Medicine Residency Program where he says he is helping to train the next generation of emergency physicians.  He is also a member of the board of directors for the Air Medical Physicians Association.

Mike has worked in almost every aspect of the Helicopter EMS industry.  He has been a referring community physician, receiving trauma center physician, ground EMT, and the medical director for several ground ambulance and helicopter EMS programs.  With over 21 years and several thousand patient transports, he is one of the most experienced flight physicians in the United States.  This gives Dr. Abernathy a very unique prospective on prehospital care which includes to this day 7-10 helicopter shifts a month.

Dr. Abernethy’s opinions are from his viewpoint as both an experienced Emergency Medicine physician and prehospital care provider.  He knows very well that the real life medicine “in the ditch” can be very different than anything found in protocols and/or textbooks.  He is a well known speaker at many regional and national  Emergency Medicine and EMS conferences.  His publications and lectures on Helicopter EMS standards and utilization are a frequent source of controversy within the EMS community.

Mike is quoted as saying “There are countless great things about the HEMS industry, but it is also fraught with significant problems. Someone has to stand up and point out that the emperor has no clothes. I have no problem doing that. The bottom line is I care deeply about  HEMS  and its reputation. I also want the most appropriate, safe  and quality care for all prehospital patients.”