The Air Medical Today Podcast - Episode 4 has been published.  In this episode I interview Mr. Colin Collins, an Advisor to the Board of Directors of Air Evac LifeTeam and Mr. Seth Myers, the current President & CEO.  I also provide the initial news about the air medical response in Haiti after their devastating earthquake on January 12th.

Colin Collins served as president of Air Evac LifeTeam from 1997 to 2007.  Before joining the company, Mr. Collins served for 10 years as the CEO of Ozarks Medical Center in West Plains. Prior to that, he was a consultant in the healthcare industry.  Colin graduated from the University of Missouri with a BS in Chemistry on a football scholarship.  He also received his Masters in Chemistry and PhD in Bio-Chemistry from Missouri and is an Army veteran. 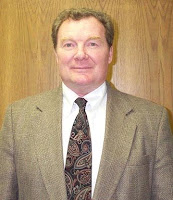 Following graduation, Colin accepted a research position at Columbia University in New York and then taught Chemistry at Southeast Missouri State for 10 years.  He started a consulting company for labs and dietary departments for small rural hospitals where he grew the company to 15 employees covering 6 states. During that time he also became a pilot so as to cover his company’s service area more efficiently.

Since Colin had worked with Ozarks Medical Center, he knew many of the board members and had also wanted to cut back on his very busy travel schedule, so was hired as the hospital’s CEO in 1983 and served for 10 years in that position.  During his tenure the medical staff grew from 14 to 53, 3 additions were added on to the hospital, the first rural health clinics in Missouri and Arkansas were started, a 2-year RN program with Southeast Missouri State began, and he helped start Air Evac in 1985.  Colin left the hospital in 1993 to go into a family business making oak dinning room furniture and then became CEO of Air Evac in 1997 after selling the business.   He stepped down in January 2008 to become CEO or the Chairman type role, and then in January 2009 to his role advisor as to the board through a board position with Air Medical Group Holdings.  In January 2009 Colin also expanded the family farming operation where he lives with his wife, Leslie in a rural area near Sycamore, Missouri.


Seth Myers has served as President of Air Evac Lifeteam since January 2008 and then as President & CEO since January 2009. Before being named President, Seth served as Air Evac’s VP of Operations from 2003.  Prior to Air Evac, he served as the Chief Operating Officer of MedServ International and Senior Associate for Fitch & Associates. He began his air medical career as a flight nurse for ShandsCair at the University of Florida where he later served as program director.

Prior to ShandsCair he worked in the Army’s only Trauma unit in El Paso Texas in the late 1970’s where he did research with Dr Crowley’s team at the Shock Trauma Unit in Baltimore, Maryland.  He specifically was asked to teach the medics on the MAST dust-off units to intubate and start IV’s in an attempt to improve outcomes based on research.  Seth also served on the board of the Association of Air Medical Services from 1998-2003.

He grew up in Midwest, Missouri and Iowa, attending high school and college in rural areas.  His bachelor’s degree in nursing is from Luther College and his MBA from Jacksonville University.

Seth has lived in West Plains for 7 years with his wife, Denver.  They have 4 grown children and 6 grandchildren.
Posted by Edward R. Eroe at 22:49