The Air Medical Today Podcast - Episode 3 has been published.  In this podcast I interview Mr. Louis Lombardo, who is an Auto Safety Researcher and former Physical Scientist with the National Highway Traffic Safety Administration (NHTSA). 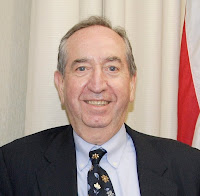 Lou also served as a board member of the MedEvac Foundation International from 2007-2009.  I also cover some recent News & Information about the Air Medical Community.

With NHTSA,  Lou served in the Office of Advanced Safety Research, Intelligent Technologies Research Division and other departments from 1978 through 2007 except for one year between 1985 and 1986 when he was the Insurance Institute for Highway Safety.  Lou has been an advocate for adopting airbags and other crashworthy measures to enhance car crash victim survival.  His credo has been to serve the public interest in preventing crash injuries, and then responding effectively when they do occur.

Mr. Lombardo’s report on airbags to Congress in 1980 was cited in a 1983 United States Supreme Court ruling where the auto industry was accused of waging the regulatory equivalent of war against automobile airbags.   The court ruled in an unanimous opinion affirming that airbags were a viable safety technology.

When he was with the Institute for Highway Safety, he organized a national conference to expand the adoption of airbags for corporate fleets.  After returning to NHTSA in 1986 he continued his research this time into how hospitals were treating car crash victims.  Lou’s work prompted Congressional support to establish a major trauma center in Florida to conduct research on how crash injuries were treated and how improvements could be made which led into the renowned Crash Injury Research Engineering Network or CIREN program across the United States.  Lou insisted that it was vital to detect hidden internal injuries that are often overlooked with sometimes fatal consequences.

In 1997 Mr. Lombardo presented to NHTSA the URGENCY Algorithm for Automatic Crash Notification all to get the right rescue resources to the accident scene as quickly as possible.  From 1997 until his retirement from NHTSA, Lou worked on the development of the Atlas and Database of Air Medical Services or ADAMS, so that when a serious crash occurs there will preferably be automatic notification to the nearest medical response team and emergency facility that can treat the injuries.

Since 2007 Lou is fighting to include rollover accidents, often with roof crush and quadriplegic injuries, as high priority scenarios for Automatic Crash Notification.  As has been the situation across 40 years of his dedicated work, he continues to have constructive dialogue with auto safety colleagues and government officials, as he is always insisting that there is much more we can do and must do.

Mr. Lombardo received the Public Service Award from the Association of Air Medical Services in 2007 for his role in the development of ADAMS.  In 2004 the ADAMS Project was recognized with two national awards by the American Society of Association Executives or ASAE.  The first being the Associations Advancing America Award and the second, ASAE’s highest honor, the Summit Award.
Lou received his Bachelors in Science from the University of Hartford in 1965 and completed graduate studies in Public Administration from American University in 1970.

He lives in Bethesda, Maryland, and has 3 grown children.

Lou has an e-mail listserv, where you can sign up to receive at his website, articles about the work that he is doing and following and prevention at his website.  I have been receiving these informative e-mails since he began sending them in 2007.
Posted by Edward R. Eroe at 09:00