Episode 23 of the Air Medical Today Podcast has been published.  In this episode I interview Doctor David M. Lam, Adjunct Associate Professor at the Center for Trauma and Anesthesiology Research at the University of Maryland School of Medicine who talks about his 30 years of research on the history of air medicine.  There are also interviews of Dawn Mancuso and Jonathan Godfrey on the Air Medical Transport Conference and Vision Zero in the First Response section. 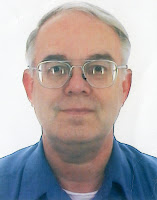 He is Board-certified as a specialist in Aerospace Medicine, and is a Fellow of the Aerospace Medical Association, the American Academy of Family Physicians, and the American College of Physician Executives. David has also been elected as an Academician of the International Academy of Aviation and Space Medicine.  He is licensed/registered as a physician both in the United States in Alaska and in the United Kingdom.

Colonel Lam was commissioned in the United States Army in 1971 and served in a wide variety of assignments, including one tour in Korea, two in Alaska, and two in Germany, in addition to his last military assignment at NATO Headquarters in Brussels, Belgium.  He served in many clinical, staff, and command positions throughout his career, including as commander of 3 hospitals, Corps Surgeon, Research Area Director, Surgeon for a Joint Task Force in combat, and additionally as Task Force Surgeon for U.S. humanitarian operations in Rwanda and Zaire.

Dr. Lam’s final military assignment was as Medical Staff Officer at NATO Headquarters.  He served for an unprecedented 5 years at the request of the NATO medical community and was the impetus for some of the greatest changes in Alliance medical doctrine since its creation.

David retired from the active Army on July 1, 2001, and now serves as Adjunct Associate Professor at the Center for Trauma and Anesthesiology Research of the University of Maryland School of Medicine. He has been seconded to the U.S. Army Telemedicine and Advanced Technology Research Center  in Ft. Detrick, Maryland where he serves as the European Liaison Officer, responsible for maintaining links to researchers in Europe, including with the NATO Medical Community, the European Space Agency, and the European Commission.

He works primarily in the areas of telemedicine standardisation, project development, and deployment of systems, mostly in the NATO and Partnership For Peace nations. He serves as the Secretary for the NATO Telemedicine Expert Team, which is charged with developing policies and procedures which will enhance the multinational interoperability of Telemedicine systems in a multinational operational environment.  Additionally, he serves on several other Research Task Groups for the NATO Research and Technology Organisation, including one on the use of Unpiloted Aerial Vehicles for Casualty Evacuation.  He and his wife have lived in Brussels, Belgium, for 15 years.  They have two children and four grandchildren.

Starting as a young Flight Surgeon in the Army, is when he first became involved in Aeromedical evacuation and has been fascinated with the complex history of the development of Aeromedical evacuation ever since.  He has been researching and writing on this subject for more than 30 years, and is now considered one of the world’s foremost experts on this subject.  His current project is research for a biography of Mademoiselle Marie Marvingt of France, who has been described as “The Godmother of Medical Aviation”, and who was the first certified Flight Nurse.

Dawn Mancuso, Executive Director of the Association of Air Medical Services provides an update on the upcoming Air Medical Transport Conference being held October 11-14 in Ft. Lauderdale, Florida including the 30th Anniversary activities. 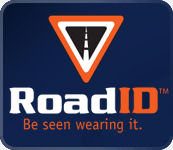 All EMS Staff should be aware of RoadID and be sure to look for it when treating cyclists, skiers, runners, and other athletes.  RoadID is an excellent source of personal and medical information.
Posted by Edward R. Eroe at 08:10